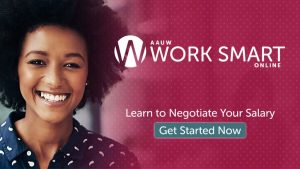 More Than A Doll

The Paycheck Fairness Act is sponsored by Rep. Rosa DeLauro (D-CT) and Sen. Patty Murray (D-WA). The bill is bipartisan in the House of Representatives and co-sponsored by every Democrat in both the House and Senate. (A version of the bill was first introduced in 1997.) The Paycheck Fairness Act is also an important complement to the Lilly Ledbetter Fair Pay Act of 2009, which ensures that ongoing pay discrimination at work can be challenged regardless of when the discrimination began. That act was signed into law 10 years ago on January 29, 2009.
Read More.

AAUW’s Public Policy Priorities supports “a fair, balanced, and independent judiciary” to ensure constitutional protection for the civil rights of all individuals. Federal courts up to and including the Supreme Court are often also the last, best hope for women who have experienced discrimination in education, employment, health care, and other aspects of their lives.

The Election’s Over, and AAUW Needs Your Support More Than Ever 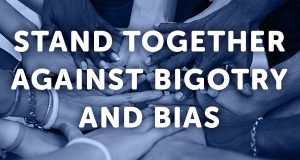 AAUW members and supporters stand up to bias and bigotry. AAUW’s voice is needed now more than ever.

We need your support to fight against unequal representation of women in business and government, discrimination and harassment in the workplace and on campus, the gender pay gap, and more.

Give to AAUW today

Get Inspired by Women’s History in the Nation’s Capital

Washington D.C remains a hub for cultural enrichment and many sites recognize the hardships and achievements of women throughout history. As you plan to attend the AAUW National Convention in D.C. in in June 2017, consider allotting time to visit and be inspired by the extraordinary efforts of the women immortalized in these sites.